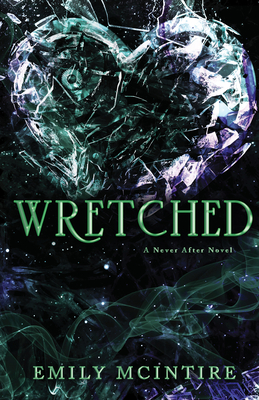 From BookTok sensation Emily McIntire comes a dark and delicious fractured fairy tale reimagining of The Wizard of Oz.

A woman can be great, and terrible too.

Evelina Westerly has always been the bad guy. As the brains, brawn, and botanist behind her family's drug empire, she's her father's ruthless secret weapon. With her days divided between perfecting her greenhouse, seeking revenge for her sister's murder, and putting a gun to the head of anyone in her way, Evelina doesn't have time for anything else. Especially not for love. After a one-night stand with a gorgeous man at a nightclub, she's sated her urges and is back to her criminal ways. That is, until that same man shows up as the new Westerly lackey...under a totally different name.

But Nicholas Woodsworth's real secret is much more dangerous than an alias. He's an undercover DEA agent, and he's hell-bent on destroying the drug trade that devastated his family. When he realizes the youngest daughter of the Westerly empire is the same woman he's been fantasizing about since that night at the club, attraction wars violently with disgust. Evelina embodies everything he's against, and he's been sent here to be her downfall. Yet the more they learn about the darkness in each other's hearts, the more alike they seem, and when hatred turns to something more, Nicholas will have to decide whether he can love a wretched woman, even if it means bringing both of their lives to ruin.

Emily McIntire is an Amazon top 20 author of painful, messy, beautiful romance. She doesn’t like to box herself into one subgenre, but at the core of all her stories is soul deep love. A long time songwriter and an avid reader, Emily has always had a passion for the written word, and when she’s not writing you can find her waiting on her long lost Hogwarts letter, chasing her crazy toddler, or lost between the pages of a good book.