The Tale Of Peter Rabbit (Paperback) 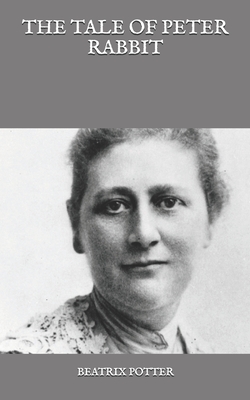 The Tale Of Peter Rabbit (Paperback)


Out of Stock in store and warehouse. Subject to publisher availability
(This item cannot be returned.)
The story focuses on a family of anthropomorphic rabbits. The widowed mother rabbit warns her four rabbit children, Flopsy, Mopsy, Cottontail, and Peter the youngest rabbit child not to enter the vegetable garden of a man named Mr. McGregor, whose wife, she tells them, put their father in a pie after he entered. Her triplets Flopsy, Mopsy and Cottontail obediently refrain from entering the garden. Peter's older sisters Flopsy, Mopsy, and Cottontail were good little bunnies and went down the lane to gather blackberries. But Peter enters the garden to snack on some vegetables.Peter ends up eating more than what is good for him and goes looking for parsley to cure his stomach ache. Peter is spotted by Mr. McGregor and loses his jacket and shoes while trying to escape. He hides in a watering can in a shed, but then has to run away again when Mr. McGregor finds him, and ends up completely lost. After sneaking past a cat, Peter sees the gate where he entered the garden from a distance and heads for it, despite being spotted and chased by Mr. McGregor again. With difficulty, he wriggles under the gate, and escapes from the garden, but he spots his abandoned clothing being used to dress Mr. McGregor's scarecrow for crows and other pesky critters.