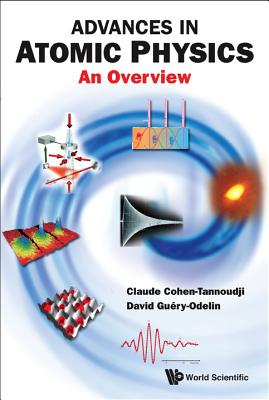 
Available to Ship from Warehouse - Ships in 3 - 6 days.
(This item cannot be returned.)
"French Nobel Laureate Claude Cohen-Tannoudji is second to none in his understanding of the modern theory and application of atom-photon interactions. He is also known for his lucid and accessible writing style ... Advances in Atomic Physics is an impressive and wonderful-to-read reference text ... Certainly researchers in the fields of atom-photon interactions and atom traps will want it as a reference on their bookshelves ... A selection of chapters may be of benefit to students: the early chapters for those entering the field, the later chapters for those already doing atom-laser PhD thesis work."Physics TodayThis book presents a comprehensive overview of the spectacular advances seen in atomic physics during the last 50 years. The authors explain how such progress was possible by highlighting connections between developments that occurred at different times. They discuss the new perspectives and the new research fields that look promising. The emphasis is placed, not on detailed calculations, but rather on physical ideas. Combining both theoretical and experimental considerations, the book will be of interest to a wide range of students, teachers and researchers in quantum and atomic physics.