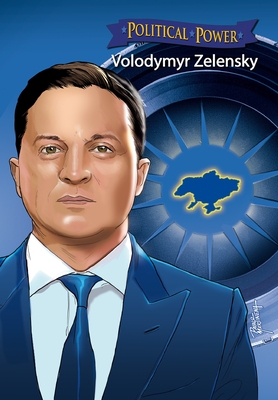 A former actor and comedian, Volodymyr Oleksandrovych Zelenskyy serves as the sixth president of Ukraine. At the height of his popularity on national television, playing the president in The Servant of the People, he unseated the incumbent president by running on an anti-corruption platform - and Russia watched. For years, tensions between Ukraine and Russia brewed as the larger nation aggressively annexed the Crimean peninsula while Ukrainians made social changes that distanced themselves from Russian norms. Read the story of a man under siege as war with Russia rages and his people stand their ground against a more prominent, well-armed foe.

The biography comic format allows TidalWave's writers to delve into the history of newsworthy figures and explore what shaped them. Several media outlets, including CNN, FOX News, The Today Show, Time, and People, have featured the company's line of biographical comic books.