Laboratories of Autocracy: A Wake-Up Call from Behind the Lines (Paperback) 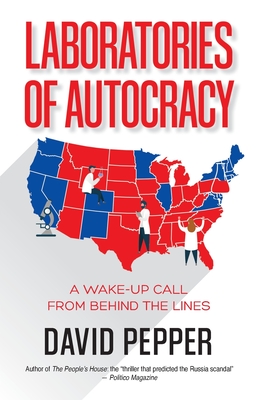 Laboratories of Autocracy: A Wake-Up Call from Behind the Lines (Paperback)

"It's the statehouses, stupid."

Laboratories of Autocracy shows that far more than the high-profile antics of politicians like Marjorie Taylor Greene or Jim Jordan-and yes, even bigger than Donald Trump's "Big Lie"-it's anonymous, often corrupt politicians in statehouses across the country who pose the greatest dangers to American democracy.

Because these statehouses no longer operate as functioning democracies, these unknown politicians have all the incentive to keep doing greater damage, and can not be held accountable however extreme they get. This has driven steep declines in states like Ohio and others across the country. And collectively, it's placed American democracy in its greatest peril since the dawn of the Jim Crow era.

But Pepper doesn't stop there. He lays out a robust pro-democracy agenda outlining how everyone from elected officials to business leaders to everyday citizens can fight back.