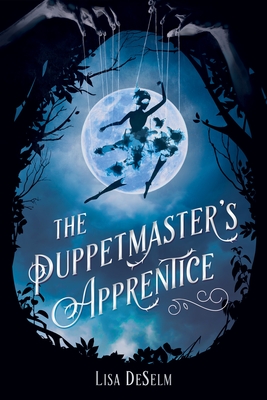 Impressed by the work of the puppetmaster and his apprentice, Tavia’s ruler, The Margrave, has ordered dozens of life-size marionette soldiers to be sent to Wolfspire Hall. When the orders for more soldiers come in with increasingly urgent deadlines, the puppetmaster’s health suffers and Pirouette, his daughter and protégé, is left to build in his stead. But there is something far more twisted brewing at Wolfspire—the Margrave’s son wants Pirouette to create an assassin. And he wants her to give it life.

With Tavia teetering on the brink of war and her father dying in the dungeons, Pirouette has no choice but to accept. Racing against the rise of the next blue moon—the magic that will bring her creations to life—she can't help but wonder, is she making a masterpiece...or a monster?

Lisa DeSelm is a debut author. She lives in South Bend, Indiana.

* “DeSelm excels at creating a strong sense of place and nuanced characters… Laden with atmosphere and written in gorgeous prose, this stunning debut novel is a dark fairy tale about creating life, becoming human, and longing for connection, reminiscent of Pinocchio and Frankenstein. This author is one to watch.” - Booklist, starred review