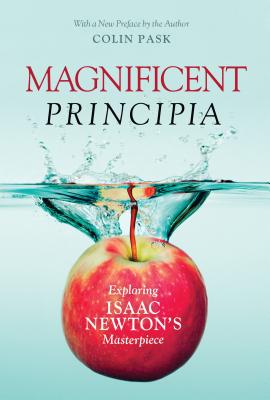 
Email or call for price
Will help you appreciate and understand the significance of Isaac Newton's masterpiece--what many regard as the greatest scientific contribution of all time.

Despite its dazzling reputation, Isaac Newton's Philosophiae Naturalis Principia Mathematica, or simply the Principia, remains a mystery for many people. Few of even the most intellectually curious readers, including professional scientists and mathematicians, have actually looked in the Principia or appreciated its contents.

Mathematician Colin Pask seeks to remedy this deficit with this accessible guided tour through Newton's masterpiece. Using the final edition of the Principia, Pask clearly demonstrates how it sets out Newton's (and now our) approach to science, how the framework of classical mechanics is established, how terrestrial phenomena like the tides and projectile motion are explained, and how we can understand the dynamics of the solar system and the paths of comets. He also includes scene-setting chapters about Newton himself and scientific developments in his time, as well as chapters about the reception and influence of the Principia up to the present day.

Now in paperback with a new preface, this lucidly written work makes Newton's landmark achievement comprehensible to lay readers.
Colin Pask is the author of Great Calculations: A Surprising Look Behind 50 Scientific Inquiries and Math for the Frightened: Facing Scary Symbols and Everything Else That Freaks You Out about Mathematics. He is an emeritus professor of mathematics and a visiting fellow and professor in the School of Physical, Environmental and Mathematical Sciences at the University of New South Wales in Canberra, Australia.
"An insightful and expansive look into Isaac Newton's complex and illuminating 1687 publication on classical mechanics... Breaking the Principia down into easily digestible portions and suffusing his narrative with modern insights, Pask reveals the genius that built modern physics." --Publishers Weekly

"I believe the two most important works in our journey to understand how the natural world works are Darwin's The Origin of Species and Newton's Principia. But while Darwin can be read by the nonspecialist, a contemporary reader will usually struggle with Newton's unfamiliar mathematical notation. Pask's splendid book is greatly to be welcomed, making the power and elegance of the Principia accessible to the general reader. It is particularly good at clarifying the Scientific Revolution's combination of thoughtful experiments and analytic thinking, showing mathematics as nothing more--but also nothing less--than a way of thinking clearly."  --Professor Robert M. May, Baron of Oxford, OM, AC, Fellow of the Royal Society