A Stolen Life: A Memoir (Paperback) 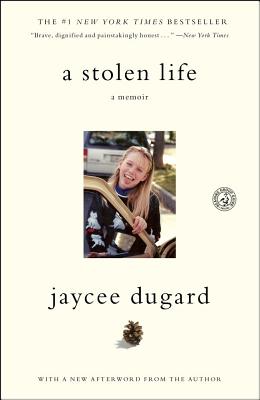 A Stolen Life: A Memoir (Paperback)


Available to Ship from Warehouse - usually ships in 6 - 10 days.
An instant #1 New York Times bestseller—Jaycee Dugard’s raw and powerful memoir, her own story of being kidnapped in 1991 and held captive for more than eighteen years.

In the summer of June of 1991, I was a normal kid. I did normal things. I had friends and a mother that loved me. I was just like you. Until the day my life was stolen.

On August 26, 2009, I took my name back. My name is Jaycee Lee Dugard. I don’t think of myself as a victim, I simply survived an intolerable situation. A Stolen Life is my story—in my own words, in my own way, exactly as I remember it.
Jaycee Dugard is the author of the memoir A Stolen Life, which tells the story of her kidnapping and eighteen years of captivity. Her second book is Freedom: My Book of Firsts.

"This little memoir...was written plainly and simply by Dugard herself, without the help of a ghostwriter. And in that, it is powerful beyond its voyeurism…reading the experience in her own words is a revelation."—The Washington Post

“Dugard’s inspirational story…is a firsthand testament to the resilience of the human spirit.”—USA Today