The Beauty Trials (A Belles novel) (Belles, The) (Hardcover) 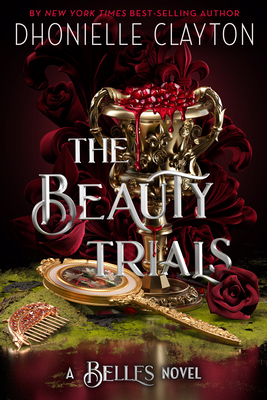 The Beauty Trials (A Belles novel) (Belles, The) (Hardcover)

THIS IS A PRE-ORDER - Click details below for publication date

This is book number 3 in the Belles, The series.

In this all-new novel from the world of Dhonielle Clayton’s sweeping, lush Belles series, rebellious, outspoken, fan-favorite Edel Beauregard enters the Beauty Trials—a deadly competition to find the next Queen of Orléans.

Sophia, the dangerous and erratic former queen, has been imprisoned, restoring peace to Orléans. Now her sister, Charlotte, sits on the throne and has decided to invoke the ancient tradition of the Beauty Trials—a series of harrowing tests meant to find the true ruler of Orléans. Edel, who has always aspired to be more than a Belle, decides to enter and, after promising to bind her arcana to keep from having an unnatural advantage, joins a few dozen other hopefuls intent on becoming the next Queen of Orléans.

But the Trials are far worse than any of them bargained for. As the women are put through tasks that test their strength, confidence, composure, and bravery, many perish, and Edel is mysteriously attacked by one of the other competitors—forcing her to use her powers just to survive. Will her subterfuge cost her the crown, or is there a larger conspiracy at play?

Dhonielle Clayton is a New York Times best-selling author. She’s written a myriad of books such as The Belles series, The Mirror: Shattered Midnight, and The Marvellers. She’s the co-author of Blackout and the Tiny Pretty Things duology, a Netflix original series. She hails from the Washington, D.C. suburbs on the Maryland side. She taught secondary school for several years, and is a former elementary and middle school librarian. She is COO of the non-profit We Need Diverse Books. She’s an avid traveler, and always on the hunt for magic and mischief. You can find her on social media @brownbookworm.
A reflective and gripping return to an imaginative world.
—Kirkus Reviews<br><br>