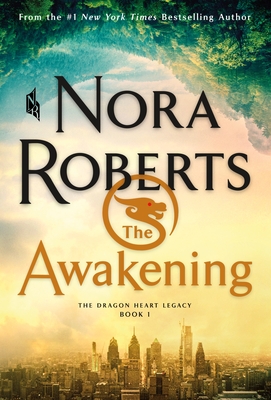 "Roberts sets the bar high with the launch of her Dragon Heart Legacy trilogy, a captivating tale that not only vividly showcases her superior storytelling and characterization skills but also brightly illuminates her affinity for all things Irish." —Booklist

"Bestseller Roberts launches a fantasy trilogy with this heartwarming story of a woman finding her true self across parallel worlds." —Publishers Weekly

"It's a wonderful tale for anyone looking for a true escape into an otherworldly story.” —AARP.org

"This is a captivating novel, difficult to put down." —School Library Journal

“If you are ready for one magickal and amazing ride then you have to get your hands on The Awakening. Hold on for dear life because when you open this book you are in for the most freaking amazing fantasy ever!” —Fresh Fiction