The Authority of Tenderness: Dignity and the True Self in Psychoanalysis (Hardcover) 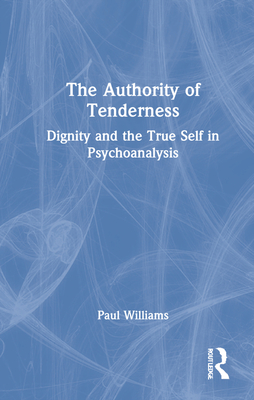 The Authority of Tenderness: Dignity and the True Self in Psychoanalysis (Hardcover)

This insightful and beautifully written work explores nonlinear processes of recovery of the loss of Self. The inherent healing power of hard-earned, wholehearted self-acceptance is conceived through the authority of tenderness.

The book is the final volume in The Fifth Principle trilogy (the second book being Scum), which chronicled, through the course of one boy's lifetime, the methods of a mind which is not a mind, in its efforts to prevail under oppressive circumstances. The Authority of Tenderness comes at the end of the journey, is written by the adult self of the child, and uses poetic vignettes, references to foundational psychoanalytic literature and analyses of critical treatment situations to convey the experiences of someone who has been both patient and analyst.

Paul Williams trained as a psychoanalyst with The British Psychoanalytical Society where he was a training analyst and, from 2001 to 2007, joint editor-in-chief of the International Journal of Psychoanalysis. He was a consultant psychotherapist in the National Health Service in Belfast, Northern Ireland. Since 2016 he has lived and worked in private psychoanalytic practice in Northern California. He has published widely on the subject of severe disturbance. The Authority of Tenderness follows The Fifth Principle (Routledge, 2010) and Scum (Routledge, 2013).