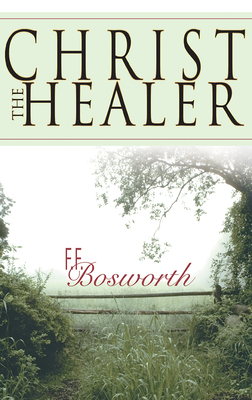 
Available to Ship from Warehouse - Ships in 3 - 6 days.
Is Healing for Everyone?
God is not just "able" to heal, He is willing The Lord is gracious and compassionate, and He longs to give you all the blessings of redemption, including physical healing. He is Jehovah-Rapha, the God who heals you (Exodus 15:26).
Why is this blessing of divine healing the source of so much confusion in the church? What does the Bible really say about healing? Explore this controversial topic with author F. F. Bosworth as he carefully searches the Scriptures for answers to perplexing questions such as . . .
* Is healing really possible today?
* Is healing for everyone?
* What was Paul's "thorn in the flesh"?
* How is a person supposed to receive healing?
* Can I receive healing?
"Faith begins where the will of God is known," says the author. By understanding God's will for your healing, you can live in the fullness of your salvation in Christ--spirit and body.
F. F. (Fred Francis) Bosworth (1877-1958) strongly influenced many of the early healing evangelists, including Oral Roberts, T. L. Osborn, John G. Lake, and many others. Bosworth worked with John Alexander Dowie for a number of years before starting his own healing ministry. He embraced Pentecostalism as a result of being influenced by Charles Parham in 1906. He was also influenced by E. W. Kenyon and his teachings on divine healing. Bosworth's reputation spread rapidly throughout the 1920s as a result of a number of healing campaigns that he held throughout North America and Canada. He established The National Radio Revival Missionary Crusaders and began broadcasting in Chicago, with a tremendous response from the listeners. First published in 1924, his book Christ the Healer is a tremendous work on the principles of healing through the finished work of Christ on the cross at Calvary. Bosworth died in 1958, having been one of the pioneers of faith and divine healing.