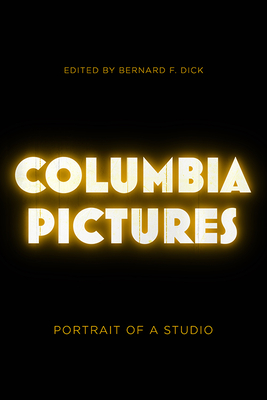 Drawing on previously untapped archival materials including letters, interviews, and more, Bernard F. Dick traces the history of Columbia Pictures, from its beginnings as the CBC Film Sales Company, through the regimes of Harry Cohn and his successors, and ending with a vivid portrait of today's corporate Hollywood. The book offers unique perspectives on the careers of Rita Hayworth and Judy Holliday, a discussion of Columbia's unique brands of screwball comedy and film noir, and analyses of such classics as The Awful Truth, Born Yesterday, and From Here to Eternity. Following the author's highly readable studio chronicle are fourteen original essays by leading film scholars that follow Columbia's emergence from Poverty Row status to world class, and the stars, films, genres, writers, producers, and directors responsible for its transformation. A new essay on Quentin Tarentino's Once Upon a Time...in Hollywood rounds out the collection and brings this seminal studio history into the 21st century.

Amply illustrated with film stills and photos of stars and studio heads, Columbia Pictures is the first book to integrate history with criticism of a single studio, and is ideal for film lovers and scholars alike.

Bernard F. Dick is professor emeritus of communications and English at Fairleigh Dickinson University (Teaneck campus). He holds a doctorate in classics from Fordham University and is the author of numerous film books including Anatomy of Film, Hal Wallis, and That Was Entertainment.