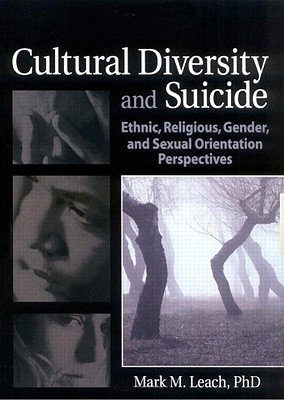 The literature on the relationship between culture and suicide has historically been widely scattered and often difficult to find. Cultural Diversity and Suicide summarizes that widespread literature so that counselors can begin to include diversity issues as important variables that can help them become even more effective when conducting suicide assessments or interventions. For ease of reading, Cultural Diversity and Suicide is divided into chapters based on ethnicity. The book avoids broad generalizations whenever possible, thus each chapter specifically discusses critical within-group variables (issues relating to gender, age, religion, and sexuality) that should be considered when conducting suicide assessments and interventions. Each chapter includes at least one case study and incorporates clear headings that make it simple to find specific information. Cultural Diversity and Suicide is not a book of cookie-cutter approaches to suicide prevention, nor is it a primer for the novice. Rather, it has been carefully designed to help counselors and counselors-in-training gain a fuller understanding of the issues that may lead individuals from diverse backgrounds to consider suicideand the cultural aspects of an individual's heritage that can influence that person's decision. Written for professionals who have a pre-existing understanding of how to work with suicidal clients, the book begins with a concise but essential overview of traditional suicide risk factors and a brief assessment model (an excellent memory refresher), and then moves quickly into specific diversity issues relevant to:

Cultural Diversity and Suicide explores ethnicity and its relationship to suicide (for example, suicide rate and reason differences based on ethnic group or ethnic identity), plus meaningful within-group variables such as:

This book is essential reading for everyone doing the vital work of conducting suicide assessments and interventions. Please consider making it part of your professional/teaching collection today.