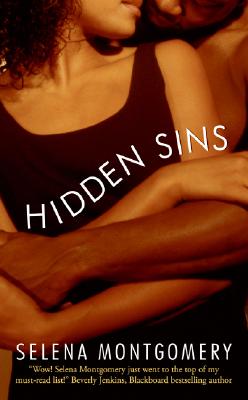 Mara Reed has been stirring up trouble since she was eighteen—running scams, living on the edge, always on the run. Now, when two thugs are after her with murder on their minds, she’s forced into hiding in her small Texas hometown. But as she’s cornered in an alley, only seconds from death, an unexpected rescuer comes to her aid…

A forensic anthropologist, Dr. Ethan Stuart is investigating a gruesome discovery—nearly one hundred dead bodies dating back fifty years—a mystery linked to the church once headed by Mara’s father. Ethan needs Mara’s help; she needs his protection. Their search for a shocking, devastating truth could lead them to forgiveness and salvation... if they survive.

Selena Montgomery is the nom de plume of Stacey Abrams. After serving for eleven years in the Georgia House of Representatives, she became the first Black woman to become the gubernatorial nominee for a major party in the United States, and was the first Black woman and first Georgian to deliver a Response to the State of the Union. In 2021, she received the inaugural Social Justice Impact Award from the NAACP Image Awards.

Stacey is an avid fan of television and movies, with a penchant for sci-fi, car chases and heists. A bibliophile, her recent favorites range from Colson Whitehead, Robert Caro and Nora Roberts to N.K. Jemison, Rebecca Roanhorse and Haruki Marukami.

As Selena Montgomery, she is an award-winning author of eight romantic suspense novels.

“[In] her latest sexy thriller...the sparks—both romantic and ballistic—don’t disappoint. Montgomery has a winning pair in morally flexible Sebastian and principled Kat, and the tropical gauntlet she runs them through is twisty and satisfying.”  — Publishers Weekly on Secrets and Lies

“[Never Tell] will keep you reading late into the night. This compelling story is an amazing combination of emotion, suspense and drama.” — Romantic Times

“A taut, spine tingling story, Never Tell will please Ms. Montgomery’s fans and gain her many more.” — Romance in Color

“[Selena Montgomery] has solidified her position as a principle in this genre among those striving to create romantic suspense.” — Romance in Color on The Art of Desire